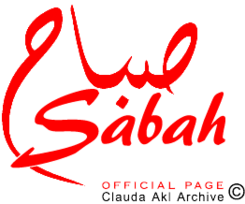 Sabah, who is a phenomenal symbol of beauty, glamour, joy and kindness, was given many titles by her country and the Arab world such as: Al Shahroura, The Legend (Al Oustourah) and the Sun of the Suns (Shams Al Shoumous). In the recent event produced by the committee of the Baalbek festival to archive the repertory of the festival, it was stated that Sabah always incarnated the glory of the sun.

In addition to her artistic activities, Sabah is well known to be a charity figure ; she's a regular supporter of different orphan centers as well as needy students and families.

In honor of her legacy, & upon the Legendary Sabah's request in 1997, this page has been created by her niece Clauda Akl, and will remain running, under her supervision.